You just never know what you will find in the garden when the temperatures blow up. I went out this morning after a few showers went through and found one of these pale crocus blooming. This isn't washed out these crocus are just that pale yellow. 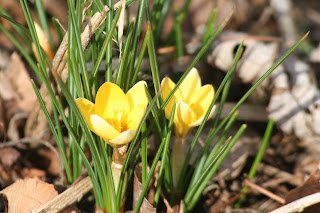 After lunch I talked my DB into going out to see the crocus. He brought along his camera and just look at what we found. Another cluster of these sweet little crocus. 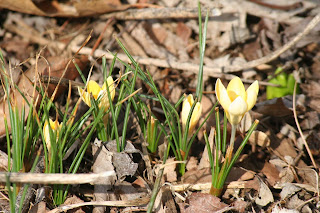 We walked around looking for more pop ups. Sure enough a darker yellow and a pale lavender crocus is shining through.  If the weather continues to be so warm many plants and flowers will be popping. 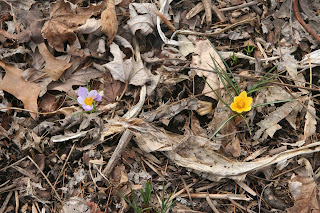 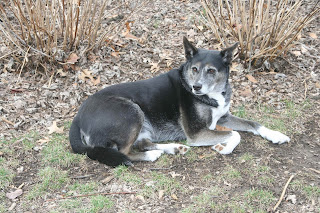 So do I. Are there any surprises in your garden today?

Posted by Lisa at Greenbow at 4:23 PM 29 comments: Links to this post 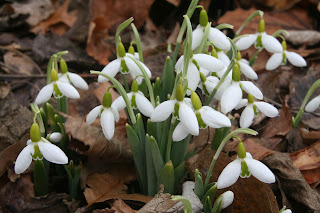 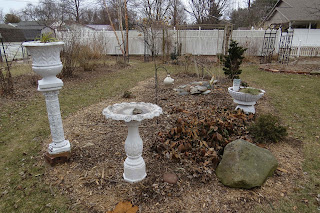 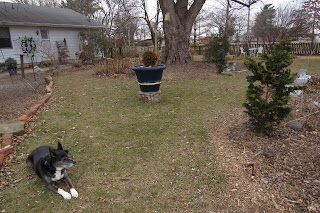 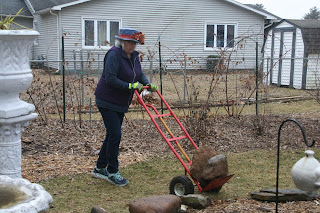 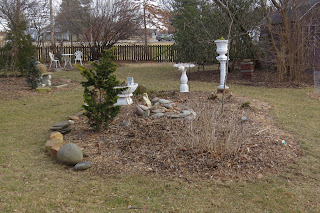 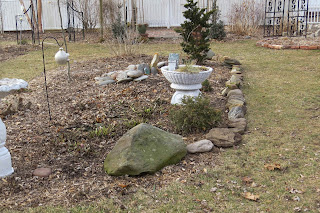 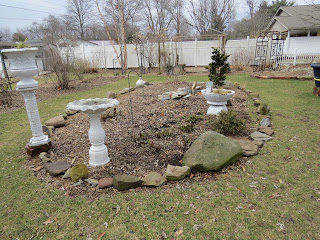 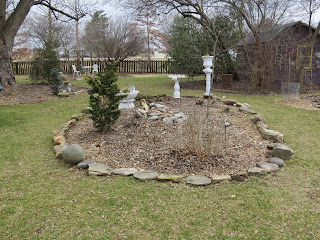 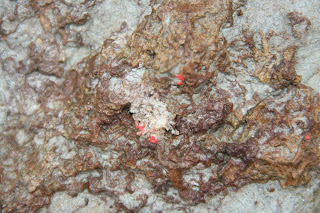 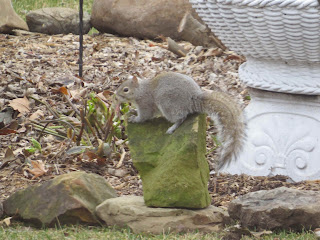 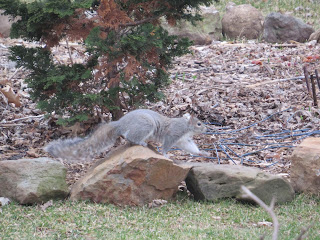 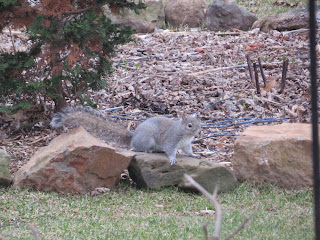 
Posted by Lisa at Greenbow at 4:15 PM 25 comments: Links to this post

This first week of February was a dilly. Not a dilly dilly. More like the pit of misery. It has been colder than usual but we won't let that get us down. Soon warmer weather is bound to come in.  Despite the cold weathers I have been out and about in the garden. Not a lot I can do right now but I just can't stay inside all the time. The stepping stone below has given me the sign of the time. I have never noticed this before on this stone. It must have been very happy to have company. 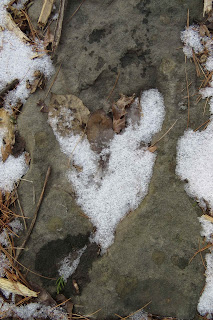 The things I have noticed most are first of all the birds are giving me the signal that things are changing. They are tuning up for the time when their songs will fill the air.
Inside I have been reading the book Gathering Moss A Natural and Cultural History of Mosses by Robin Wall Kimmerer. Robin is a scientist and a Native American. In her book about mosses she has really drawn me into that mossy world. I have learned a lot with her way of adding a human aspect to the way of looking at moss.
The book sent me scurrying out into the garden to see if any moss was reacting to the sun that is pouring in despite the cold temperatures. Sure enough... this little bit of cushion moss is greening up. 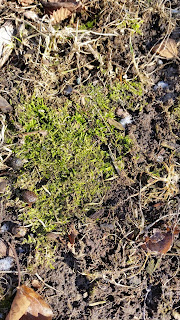 Also, on this stick that I brought home last year a little bit of moss is beginning to show. This is a different type of moss than the little cushion moss. See how it stands up. Now if I can just figure out what kind I have here I will be pleased. 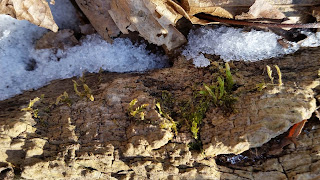 I would like a nice crop of moss someplace in the garden. I think the little cushion moss that came in uninvited is showing me where to try this.
Do  you have  a mossy area in your garden?
Posted by Lisa at Greenbow at 12:46 PM 24 comments: Links to this post