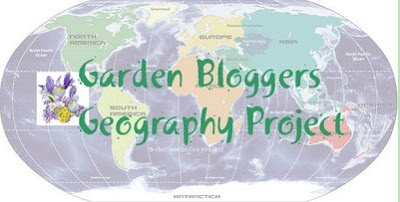 I am already adding to this post. I forgot to tell you that Jodi over at Bloomingwriter has started this Geography Lesson for us to all learn about where everyone is located.

The little city I live in is Vincennes. It is situated in SW Indiana right on the Wabash

River. It is French inspired because it was first a French Fur Traders place. You can see just where it is here. As you can see by looking at this map it is surrounded by fields. We are an agricultural community. As you can imagine many Purdue University grads live and work here. There is little industry. Which is good in some ways. You do feel like you are in the country when you drive outside of the city limits.

This little community is steeped in the early history of Indiana. It was the Capitol of the Territory before Indiana was established. There is a lot of old buildings here. The Historical Socitey in conjunction with Vincennnes University has moved some of the buildings near Grouseland which is the home of William Henry Harrison who was our ninth president.

The little red building is the Capitol building. It is difficult to believe that important government business was

conducted in this little building.

William Henry Harrisons house, Grouseland, is a beautifully kept house and has tours.

Fort Sackville was captured from the British by Lt Col George Rodgers CLark here. There were a lot of firsts for Indiana here in Vincennes. The first Catholic Church which is still being used. As a matter of fact it just got a $1million renovation. The first Presbeterian Church, first Masonic Lodge, first bank and first medical society. I am sure I have left out something. If you want a little more history about Vincennes you can read it here.

I wrote a blog previously with a picture or two of some of the monuments that are here. They are something of a tourist attraction. You can read more about these and other Attractions.

We have Vincennes University which is a very small school. The student population makes our little city swell noticeably when school is in session.

Red Skelton was originally from here. His wife, Lothian, has donated some memorabelia and lots of money to Vincennes University. The University was able to build a beautiful auditorium here. They have community concerts and plays etc.

My garden is located on the eastern side of Vincennes. It is in Gardening Zone 6b. Some winters dip down here and make us a zone 5 but the past several years we haven't had this happen. My soil is sandy fill soil the builders put around the house to raise it above the creek that used to run through here. I still get some creek action during heavy rainfall. I have to put lots of compost into the soil to come up with a decent loamy soil. It is the dark soil that you find in this part of the state.