This little house is home to a family of House Wrens. 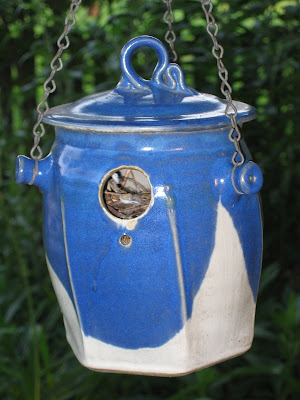 I have stood out here. I have sat on the bench right beside the house. I have failed to get a picture of one of the adults coming or going from the nest. They are such wiley little creatures. 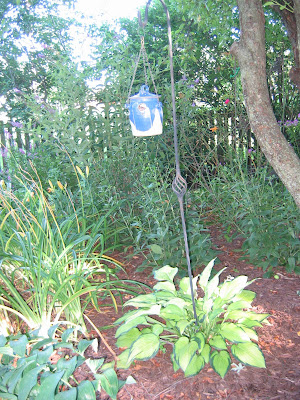 They started out with six eggs. 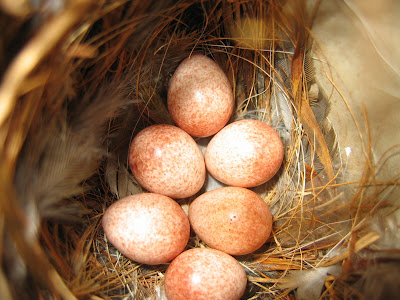 It wasn't long and they were hatched and all were hoping for a constant stream of food. 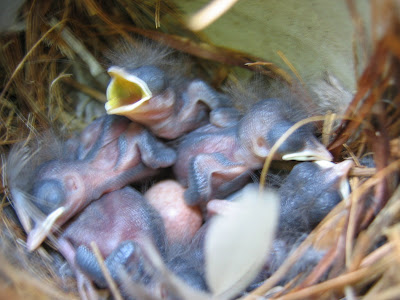 They have gotten a good diet obviously. It won't be long and they will be out of the nest. It appears that only five survived. Unless of course there is one a bit smaller at the bottom of the pile. 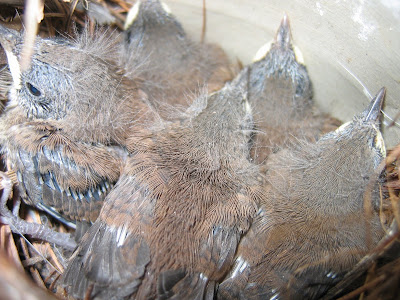 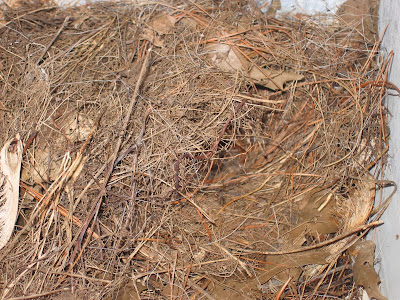 The Northern Cardinal babies have fledged. There are Chipping Sparrow babies in the garden now too. I have tried to track them down to no avail. Every time I get close to them the House Wrens and Carolina Wrens come to the aid of the Chippers. They all scold me. So unless some hapless junior stumbles out of the bushes I guess I won't have any other pictures.
at July 14, 2008