Today was one of those lazy hazy days of summer. Even though we were out early to bird a breeding block we knew it was going to heat up. Despite the heat or most likely because of the heat there were quite a few bugs in the garden when we returned home. 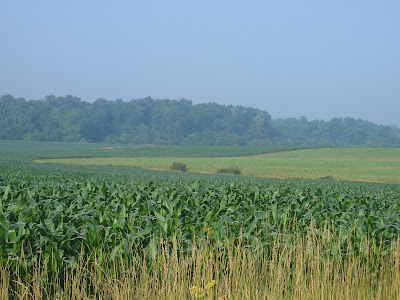 One of the prettiest was the Blackswallowtail butterfly. I was wondering when it was going to saunter through and deposit eggs on our Bronze Fennel. I looked to see if I could find any eggs I didn't see any. Maybe she was just fueling up for the big day. 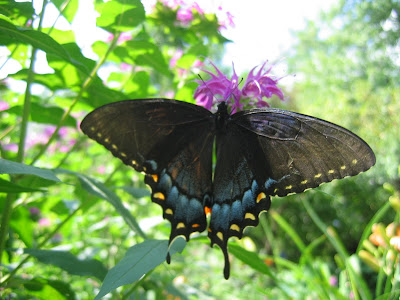 There were so many bees and moths on the blooming Curly Mint that I could hardly get a picture. If I wasn't annoying them by trying to get too close they would disturb one another jockying for the best bloom. 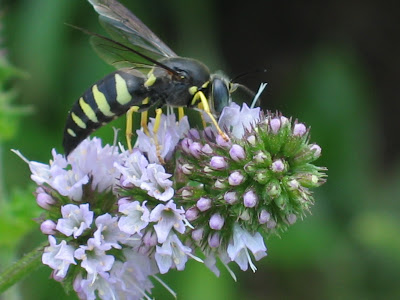 I have no idea what kind of wasps and bumbles were here. I just thought it interesting there were so many different kinds. On the picture below if you look in the lower right corner you can see one of the moths that come out during the day. This Wasp is large enough to be a cicada wasp, which is what I think it is. 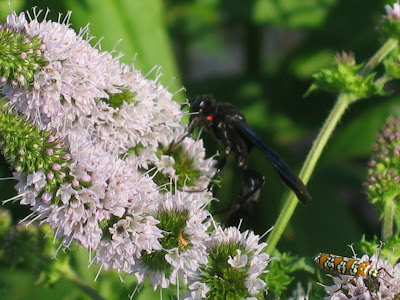 The photo below is another type of wasp. I don't know what it is either. 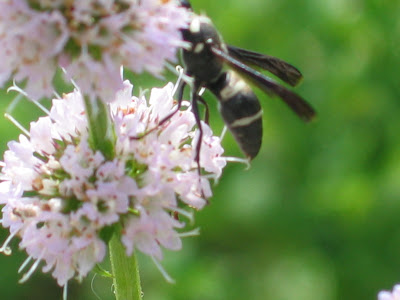 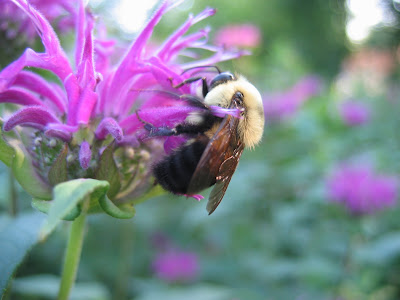 Here is a twofer. These smaller bumble bees weren't quite as territorial as the bees out back on the monarda. 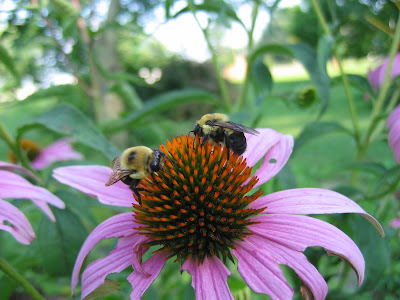 I hope everyone had a great weekend.