While we were in Texas they were having an unusually cold spell to add to their drought conditions. Even at that it got up in the high 70's during the afternoon. And yes it seems that everything grows bigger in Texas. I thought this agave was awesome. I am 5'6" and it was way taller than me. 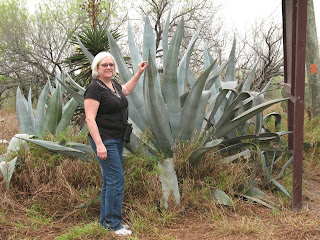 There were yuccas blooming. 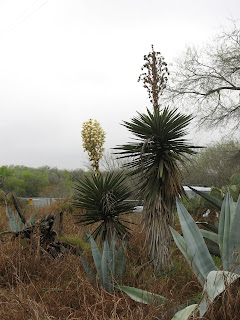 I think that the Yucca buds are a pretty as when they are in full bloom. 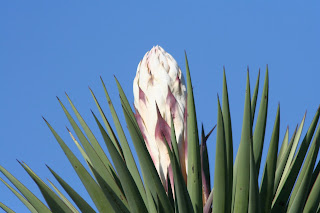 We ran into several stands of aloes blooming. 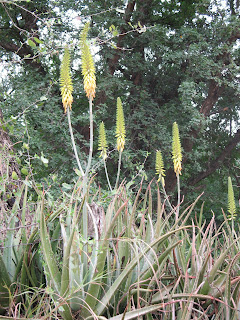 There were several different colors of blooms too. I like the aloes, they have different patterns and colors of green. 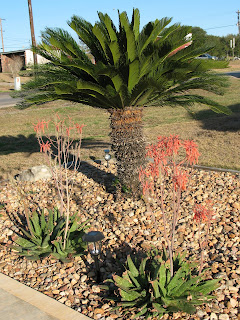 When we got home I found that even my little aloe in a pot was sending out a bloom. I guess the longer days are triggering blooms everywhere. 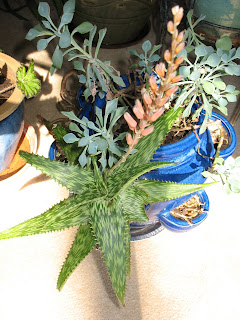 The Texas Mountain Laurel has a beautiful bloom. It is native to Texas. they don't really have mountains so I wonder why the powers that be named it "mountain" laurel. 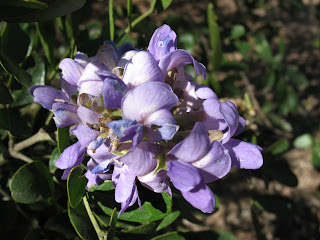 This pretty little wildflower was blooming in the most inhospitable area. I can't seem to find them in my wildflower book. They aren't as yellow as the camera depicts. They were more of a peach color. The butterflies liked them. More on that later. 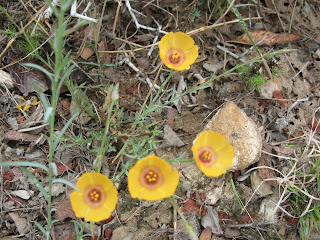 We found one small patch of Meadow Pinks. They are usually in large colonies. However they hadn't had enough rain to germinate many plants. 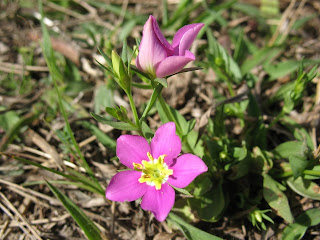 The tropical side of Texas was evident too. The bouganvillia was booming all over. There were several colors. 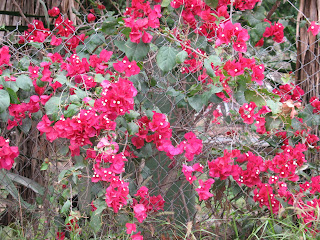 The introduced bottle brush tree was scrubbing the air with its brushes. 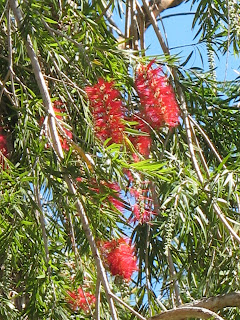 For all your orchid fans here is a bloom on an Orchid tree. There was a white blooming Orchid tree too. 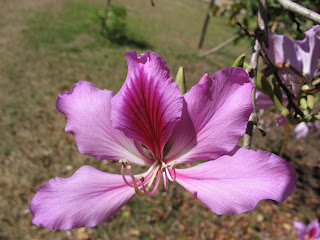 The famous roadside blooms were feww. These daisy/sunflower blooms were so cheerful in the dust. 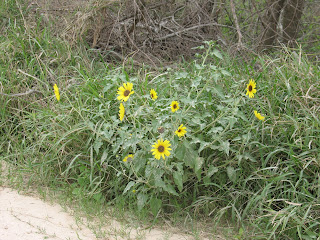 The Texas, or Mexican, Olive tree was blooming. A beautiful plant. 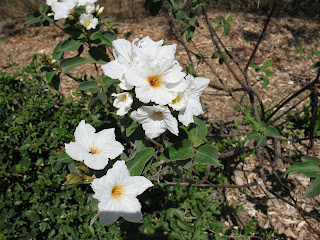 This ever present shrubby tree. I am not sure what it is. I think it is a mesquite of some sort. I think. 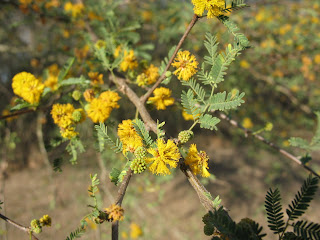 This bushy tree is also a mesquite. Someone told me it's common name is cat's claw. This would be very apt. Now if I have id'ed something incorrect, please feel free to tell me what it is. I want to know. 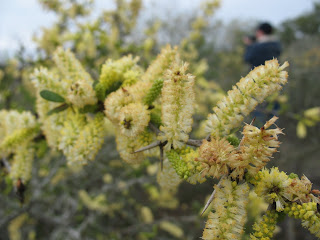