Here in Knox County Indiana there is the Indiana Military Museum.  While I am not all that interested in such things being the supportive spouse that I am I attended the Second Annual Living History Event with my Dearly Beloved. 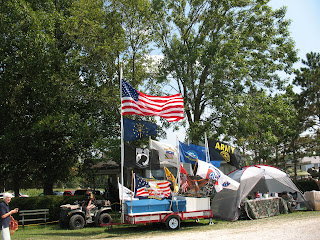 This Event is a salute to the Veterans of WWII.  I was pleasantly surprised at the turn out at this small but interesting venue.

The Participants were all dressed up. 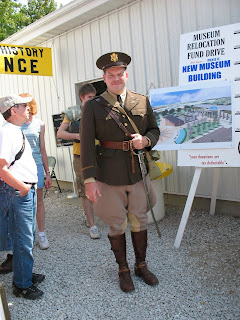 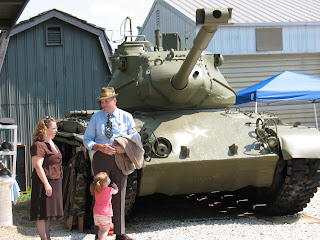 They were really into the era they chose to portray. 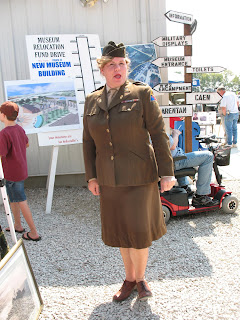 Along with all the American uniforms and equipment there was a representative of the Germans. 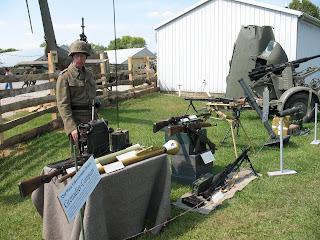 Ther was even a woman portraying a Russian woman soldier. 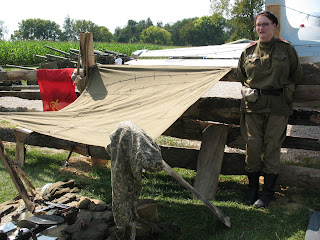 It was interesting to hear all their stories as to how they became interested in this.  They collect uniforms and equipment of the time.

Here are a few pictures for those of you that like all the equipment that is on display at a place like this. 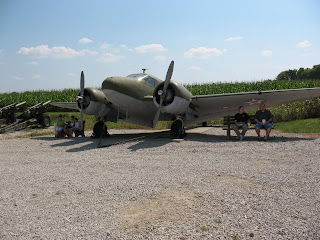 At one point they actually started up this brute.  I can't imagine having to work with one of these. 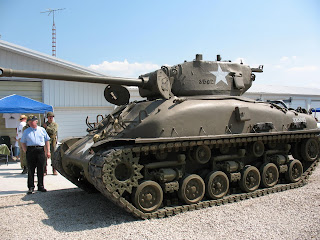 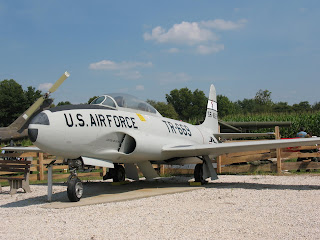 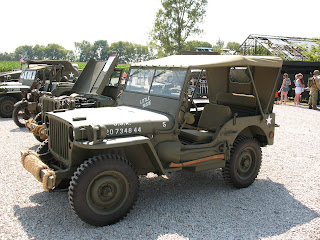 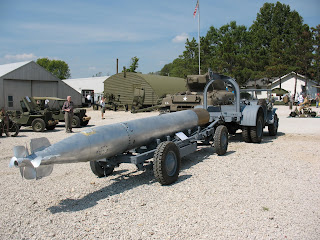 Obviously there were items here from other than WWII era. 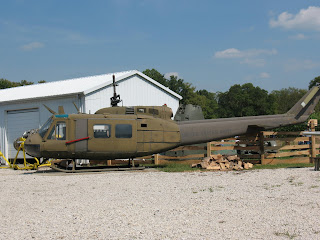 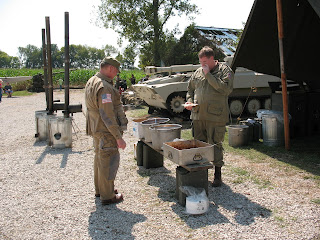 There was an area that was set up like they would have been out on maneuvers. 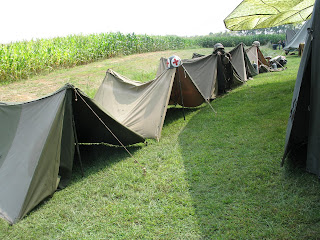 They even had a paper and people that delivered messages on bikes. 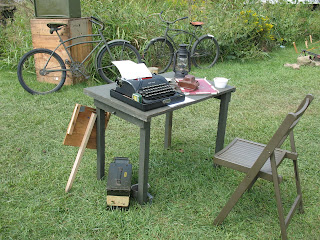 Inside a big building they had displays behind glass that showed items from the Civil War... 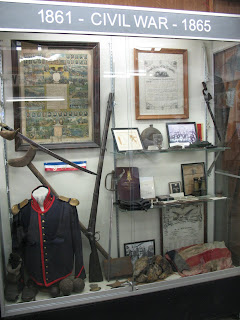 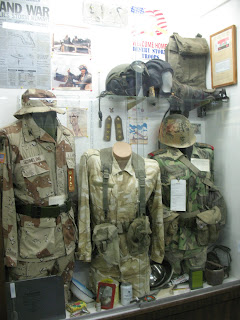 As I mentioned it was well worth the drive out to see what it was all about.  If you are ever in SW Indiana you might like to stop in and take a look around.  If you want to check out the Living History Event you can always check their web site here and plant to attend.
at September 28, 2009