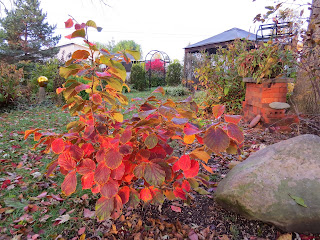 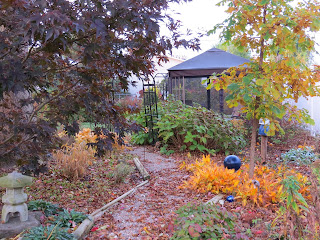 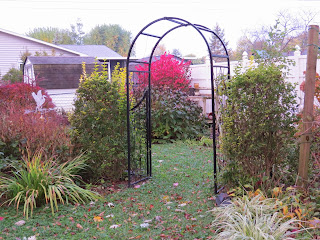 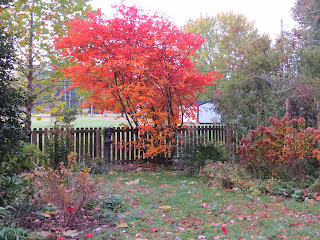 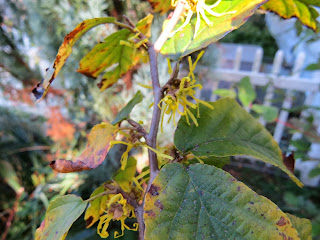 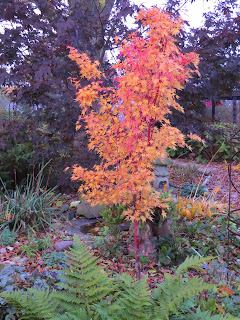 My newest acquisition, Japanese Coral Bark Maple, is beginning to live up to it's billing. The golden yellow and red leaves really set off the coral bark. This summer the bark wasn't quite as red as it is now. I am so pleased.
I hope you have lots of fiery foliage in your garden now.
at November 05, 2013