These little beady eyes belong to Oly. Oly is vacationing here at Greenbow while his momma is away in New England for a week or so. Oly is a an almost 7pound toy poodle. He comes to Greenbow often as he and his momma babysit for Luna when we are away. So it is like a homecoming for him to come stay with us. This tiny little dog is such a sweetie. He enjoys wandering through the garden paths checking out new territory. 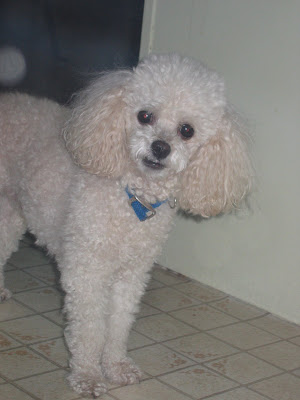 I was just thinking today of how the garden might look from his point of view. Everything would look so big. Like this Blue Angel Hosta that he is standing beside. One of those leaves looks almost as big as he is. I am sure a Sum and Substance leaf is larger than he. 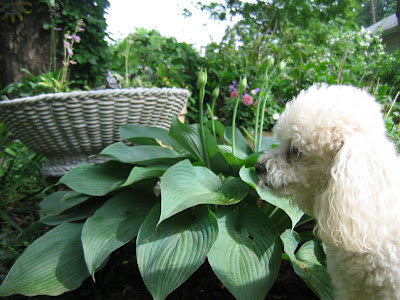 Now Vinny on the other hand weighs a whole 20 pounds and stands a little taller than Oly. This little imp is rarely still. His Jack Russle/Rat Terrier breeding plus him being only a year old makes for a lively guest. 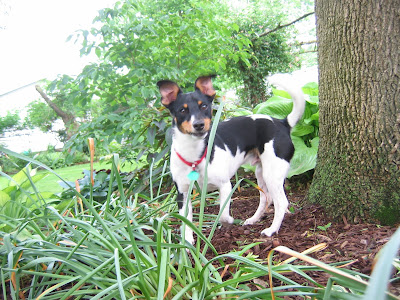 He is always on the look out for squirrels or any other creature that happens to wander into our garden. He can barely see above most flowers but that doesn't bother him. He plows right through path or no path. 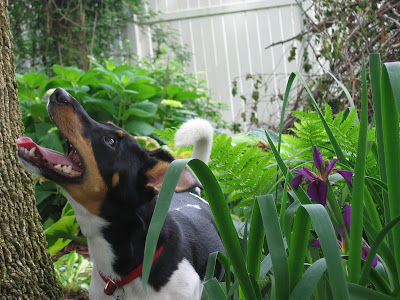 Luna being a big dog doesn't seem to mind the flowers in the garden. She can usually see over them or she, not often but occasionally plows through them. Ususally she does the plowing through in pursuit of a rabbit. 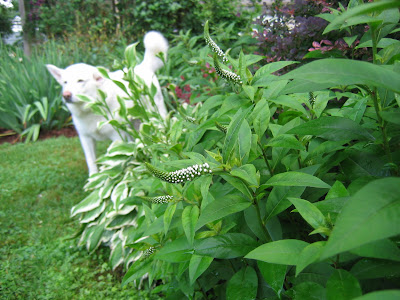 I sort of know how they feel walking through the paths in our garden since during a tour of a garden with huge azaleas I felt like I was in a maze. It feels like another world. I too occasionally felt like plowing through a small break in the azaleas to see what might be on the other side. 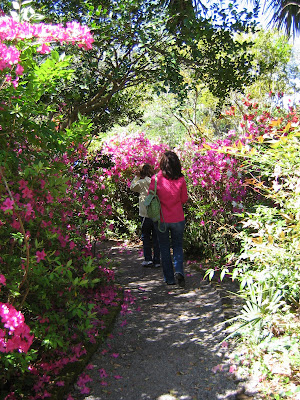