The Sad and Unsightly

I was saddened when I looked out my office window yesterday to see that the Forest Pansy Redbud tree had split. I didn't remember that it had two trunks or I would have taken care of that long ago. 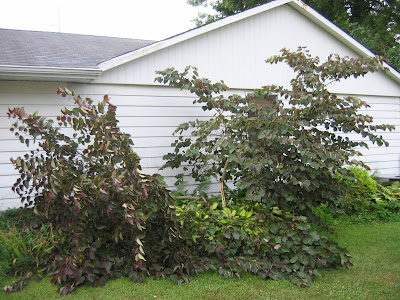 As it appears It won't be long for this world. It was such a big beautiful tree. I liked the feeling of being in a forest when I looked out the window while I sat at my desk. Especially during summer when the leaves were thick on the tree. During spring this tree hosted many migrating birds too. Sigh~~ 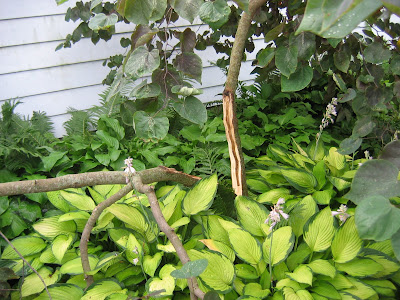 Since we had to make a trip to the stick pile with the remains of the FP Redbud we had a hard look around the garden. The Apple tree had several dead limbs on it. So my DB got after it with the chain saw. Needless to say we had a truck load to take away. 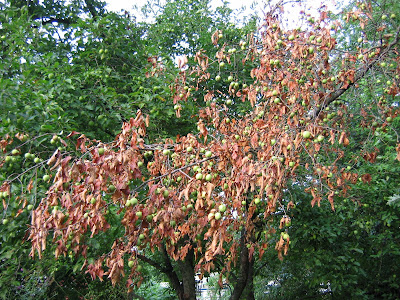 My biggest concern is the Apple tree now. It is old and I don't know what kind it is but it has such character with its old gnarled limbs. It appears that it has some kind of fungus on it. I have never seen this before. Does anyone know if this will kill the entire tree or is it going to be just a nuisance? 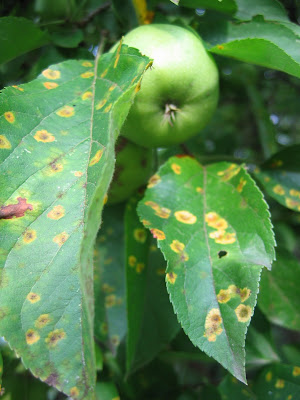 There is also some kind of weird fungus on the hawthorn fruits. I just wonder if the apple tree fungus is related to this fungus. I have never noticed either in years past. The poor birds and bees will have trouble this fall finding something good to eat. 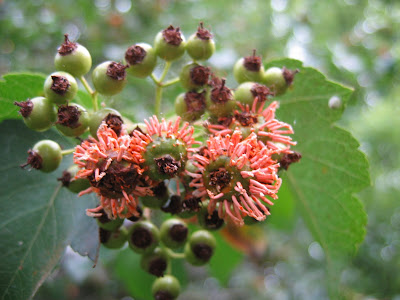