Last weekend while out of the garden we saw a most the unusual sight of a flock of blackbirds chasing an Osprey out of their territory. The poor Osprey looked fairly beat up with missing tail and primary feathers. It didn't seem to mind the mob that was escourting him up and down the ditches lining the road. It continued to hunt with the escorts all keeping their distance unless an occasional brave blackbird would break the ranks and dive close at the Osprey. 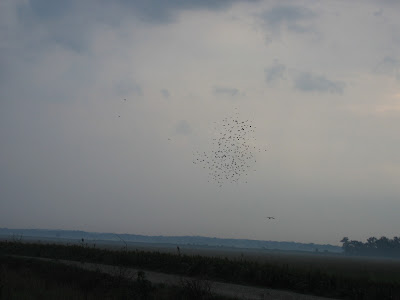 We were ever hopeful that the one spot of clear sky would eventually open over us so we would have better viewing conditions. 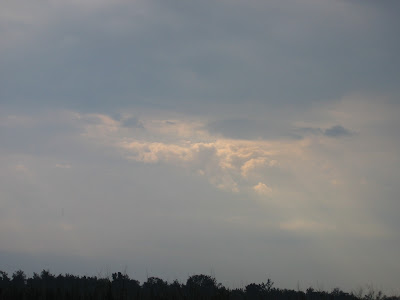 However we were dodging rain bursts most o fthe time. Happy Skywatch Friday. 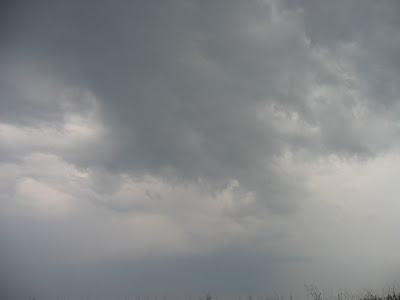 Email ThisBlogThis!Share to TwitterShare to FacebookShare to Pinterest
Labels: Out of the Garden, Skywatch friday