I tell you, these wet, warm, for winter, days are just right for breeding and growing all types of fungus, lichen and moss. I had a good time walking through the park today. We took a trail through the woods and it was facinating. Now don't get your hopes up thinking I am going to be able to tell you what the names are on these things. I don't know much about them really. I think it is one reason I am so facinated with them. Sort of like Owls. You know they are there but they only show themselves when conditions are just right, mysterious. 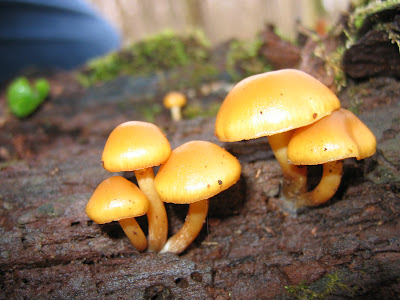 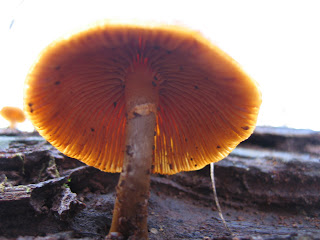 They could be the Deadly Galerina. Not Edible. Don't worry. I don't pick mushrooms I just take their pictures. 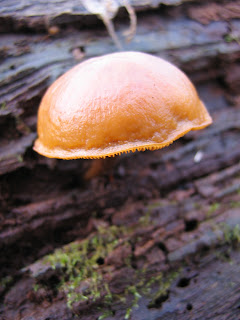 This is the largest of the lot of em. It was growing by itself. It sort of reminded me of a Horseshoe Crab. This is the underside. I know it helps to see the underside as well as the gills when you are trying to id these things.

This one below is a cup mushroom of some sort. It is black and the outside is hairy. Makes me think it is a Hairy Black Cup. 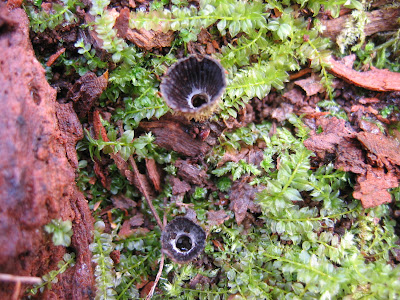 This jelly-substance-like thing is probably Red Tree Brain. It is some weird looking stuff. 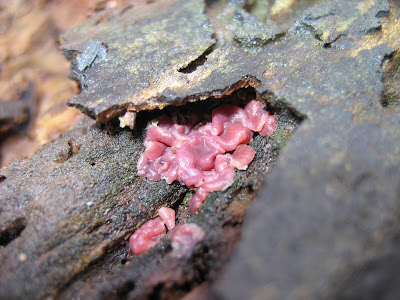 There were just oodles of Polyspores and other shelflike fungus. It is just amazing the colors and sizes. This one caught my eye because it had grown around a couple of stems that were growing by it. It was a fairly good size. 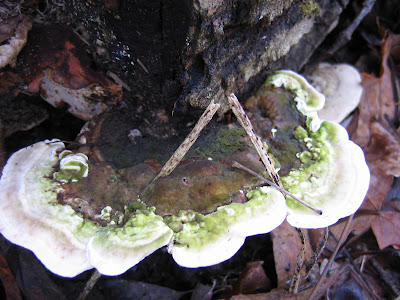 Most of them were fairly small. The colors just made me want to get out my colored pencils right there and start drawing. 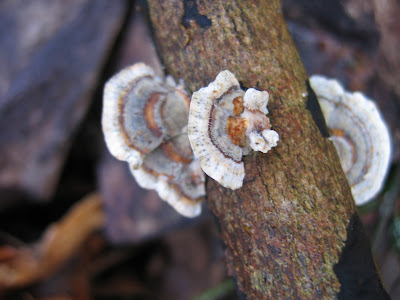 This one was strange because it was growing out the end of the log instead of on the long side of the log. 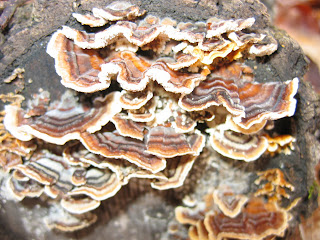 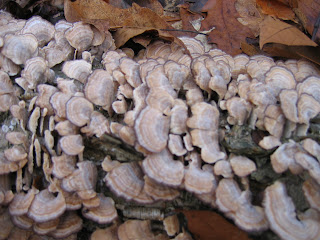 These were all growing on the side of a log. All tightly packed together.

Now these odd looking things I couldn't decide if they were puff balls that had puffed or if they were a type I am not familiar with. They had all opened if this were the case. Some looked like they were deflated and lying on their side. 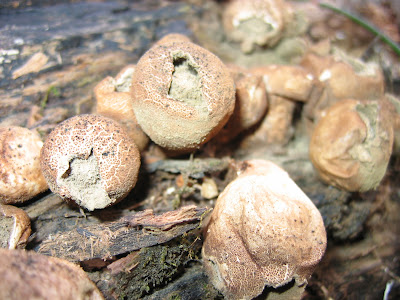 This one looked like a horse's hoof to me. Can you see that?? Or is it just me?? 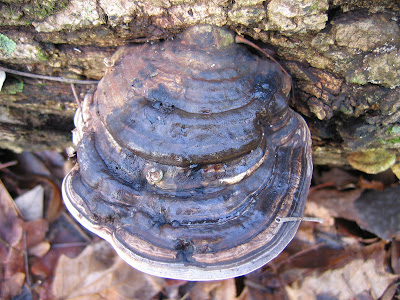 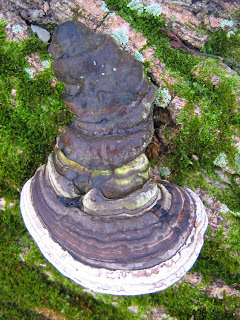 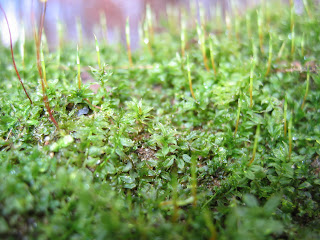 Some of the moss was putting up spores. It appeared to be growing by leaps and bounds too. It was so green. Wonderful to see so much green. 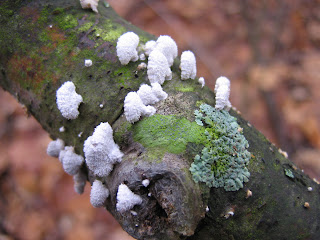 On this stick was three types of things growing together. Some kind of bluegreen lichen, a green moss of some sort and a white fuzzy looking mushroom. I thought it made a pretty picture.
Wouldn't these colors make a pretty room??

Below is more of that bluegreen stuff with kelly green moss growing around it.

Do you have anything strange growing over in your neck of the woods? 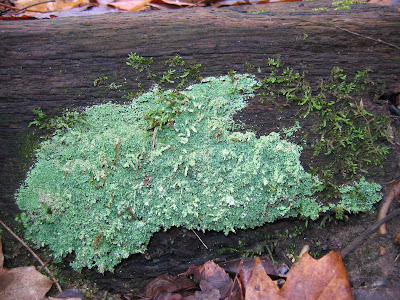