The only snowballs that are being tossed around in the yard today are the dried up hydrangea blooms. The snow is gone. It was fun while it lasted. 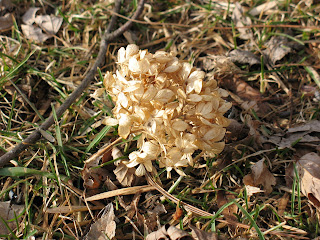 Even this little microclimate along the fence has melted away today. After all it was 66F. It was delightful to be able to throw open the patio doors and let some fresh air into the house. 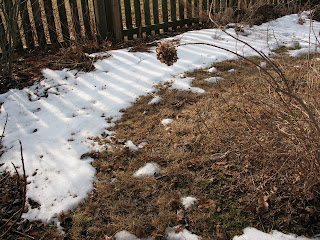 When I walked around I was delighted to see that the snow drops were taking advantage of being released from its prison of snow. They were trying their best to throw those blooms up into the air. It is to be as warm tomorrow so they will probably sporting a full bloom. 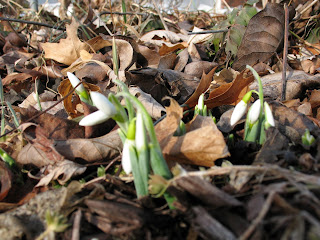 Even the magnolia has its little fuzzy blooms ready for action. I hope they don't bolt too soon. It will get cold again. That is a promise. After all it is only the first part of February. 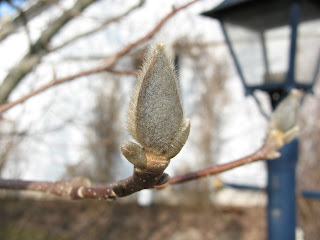