April was a lovely month here in SW Indiana. We only had one really bad frost, the temperatures were June-like for a week and there was enough rain to charge up the garden. The garden responded to the lovely weather by popping out in blooms. 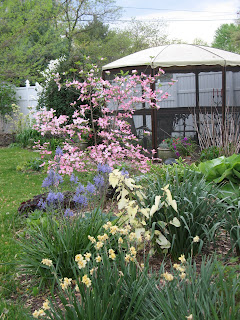 The White Lilac that I stuck into the ground as short stick had its best bloom since I planted it. A happy surprise was that the Camassia bloomed right along with it. 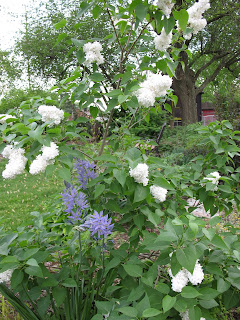 The Peony Tree always starts out with the big fat buds full of anticipation. 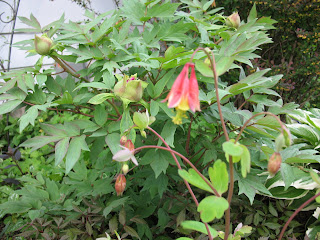 Then the huge beautiful blooms appear shortly after the buds swell. While the blooms are gorgeous they just don't last long. These gorgeous blooms were open for only three days. 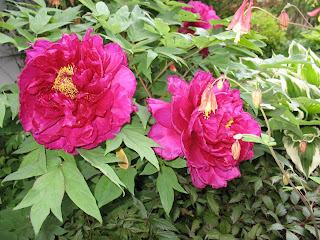 Then we had some rain and they turn into such pitaful ragmops. They are just the most disappointing flowers I think Ihave. Maybe I expect more from them but the tree doesn't set new blooms after the initial blooms have budded and bloomed. I wouldn't advise anyone to grow them unless you can find a more forgiving variety than I have. This one I have written down as Tree Peony paeconia. The other disappointing thing about it is that it was supposed to be purple. Maybe to someone elses eyes but not to mine. 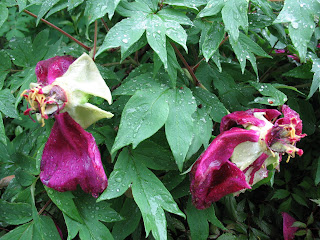 Other than this little disappointment there has been no high drama in the garden. Just me and my Dearly Beloved out there waging war against the weeds. What are some of your joys and disappointments of April??
at April 30, 2009