The December That Was...

As a Gardener I often look at the months in terms as how the weather has affected the garden. While this December isn't officially over, we have over a week to go with this month, I know what the next days bring. I won't have a more than a moment to myself to look back at December and enjoy the wild weird weathers we have had and have been promised to have continue. 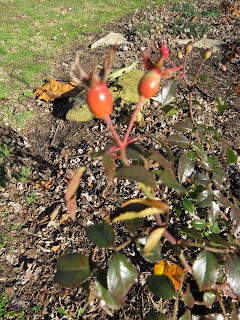 The first few days of December were below average in temperatures. Most of the plants in the garden obeyed the law of averages and decided to drop their leaves. The few roses I have in the garden weren't quite convinced. Sure enough the weather warmed and has been so since. 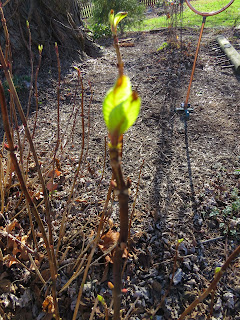 My poor hydrangeas are fooled by this warmer weather. They are trying to bud and leaf out. I am afraid this means there won't be any hydrangea blooms this early summer. For surely the weathers will figure out it is winter when the Little El Nino lets loose it's grip. 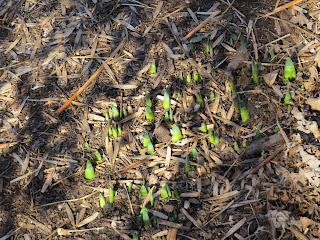 Of course the hydrangeas aren't the only ones a bit confused. Daffodils are poking out of the ground. I don't remember ever having them in December. I don't worry about them. I think they can withstand most any weather changes. 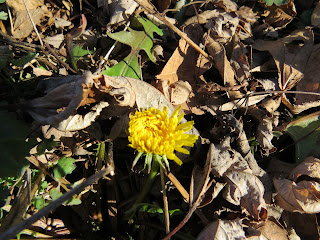 It isn't just the wanted plants that are succumbing to the lure of warmer than usual weather. The weeds haven't skipped a beat. At least the dandelions give us a bit of bright sunshine as they peek out. 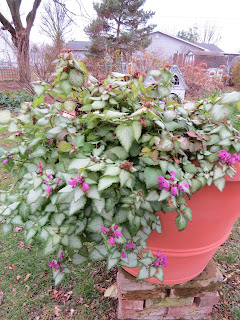 Even the lamium that is in a large pot is blooming despite being frozen a few times this month. This and 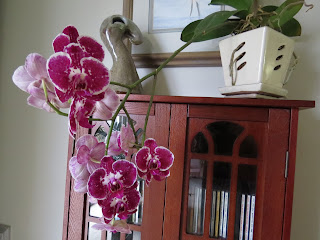 the orchid inside are the only things that were blooming on December 15 this year. I was amazed at the lamium but I am thrilled with the orchid that has bloomed. It is the only one in my collection with actual blooms. The rest are all in buds. As you can see I don't stake my orchids. I have seen them growing in the tropical areas and they hang down as do the flowers. They seem happy enough with this arrangement. I certainly am quite satisfied with them.

I hope you are all happy scurrying around enjoying the holiday celebrations. I also hope that you are able to take a few minutes to enjoy this December that was...
at December 19, 2015