I don't have any idea what this wild flower is but when we were out birding yesterday we drove through a sea of this white fluffy stuff. Not only was it pretty but it was like a world of butterflies and insects. I took this picture hoping to capture all the Buckeyes and Red Admirals that flew up out of the flowers. Obviously it didn't work but I thought I could show you how tall the flowers were and thick. 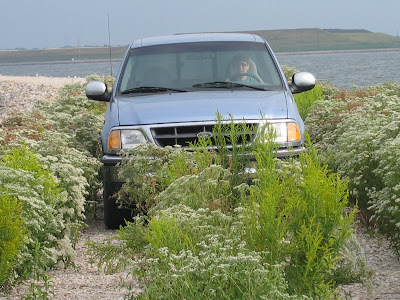 Does anyone know what this wildflower is? It is quite tall as you can see in the photo. It would be a good one to have if you are wanting to attract butterflies. 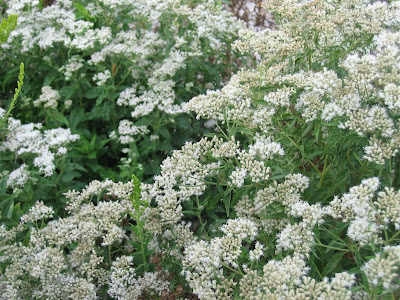 I had never seen such a large amount of Buckeyes in one place. 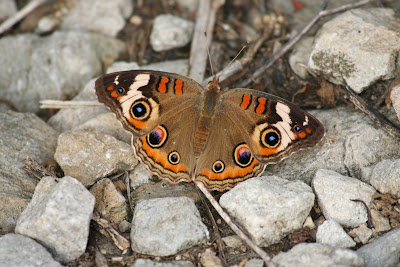 There were also lots of these caterpillars. I have no idea what kind they are. They aren't Buckeyes or Red Admirals I know for sure. 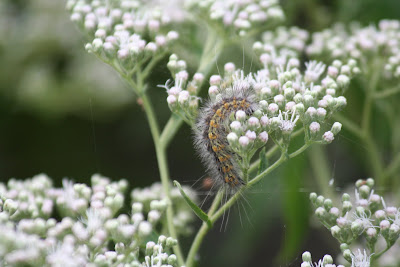 This one looks like one of the Wooly family. 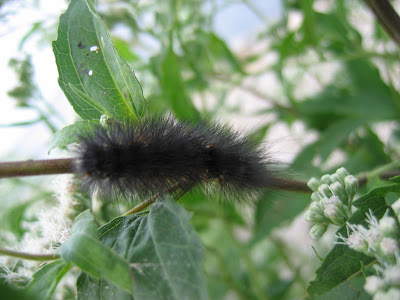 There were also a few Red Admirals flitting around with the Buckeyes. 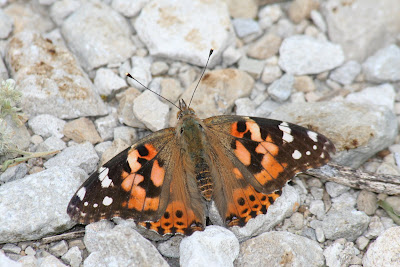 It seems that no matter where you are at this time of year there will be some type of grasshopper. This one had reddish legs. 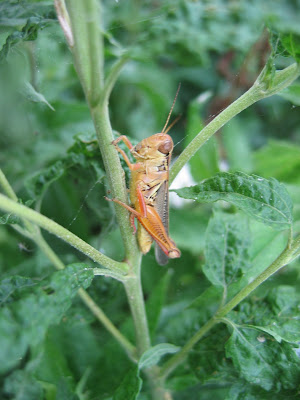 On a bird note we had a couple of Ruddy Turnstones. They are in inbetween (breeding/winter) plummage. They are very interesting birds in that they are named so because they indeed turn over stones where ever they hunt for food. These stones are too large for the bird to turn them over but they love to pick through the crevices looking for bugs. 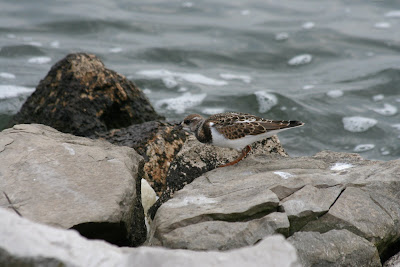 For another interesting look at what is found under stones you can go to Nina's blog Nature Remains and see what she found onInternational Rock Turning Day. I am sure the Ruddy Turnstones would approve. 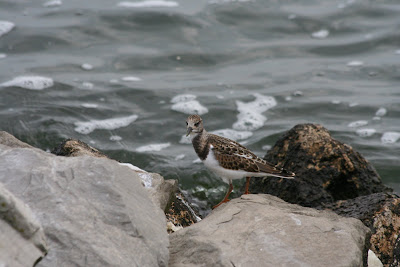 I want to thank my Dearly Beloved for taking most of these pictures and allowing me to use them.

Email ThisBlogThis!Share to TwitterShare to FacebookShare to Pinterest
Labels: Buckeye, caterpillars, Out of the Garden, Red Admiral, Ruddy Turnstone