I believe we have experienced the most beautiful June can I remember. I haven't had to water any except for when I planted a veggie garden, I did water-in those plants. 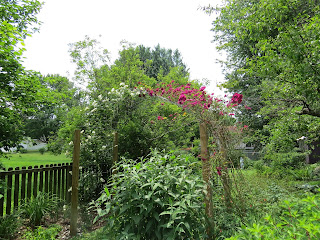 The roses I planted a year ago to grow over this tall arbor has begun to intertwine at the top. I sure hope they continue to mingle. EDIT: these roses have been in the ground for more than a year. Time does fly. The white one 'White Dawn' has only been in the ground since summer of 2011. I don't know the name of the red one. It used to be a coral color but has reverted. 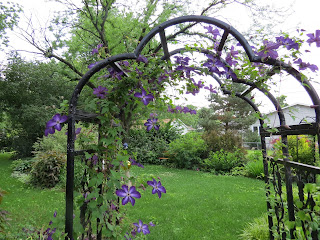 This clematis (above photo) has been on this trellis for several years but has refused to go much higher than the first rung near the top. All of the rain has encouraged it up and over. 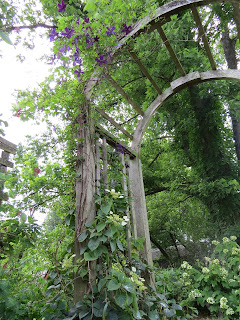 The hydrangeas have been thrilled with the rain. The poor climbing hydrangea that almost died in the drought last year has responded to the moisture by blooming and making up for the die back.
We went on a two week vacation at the beginning of June. I almost missed the iris blooming. 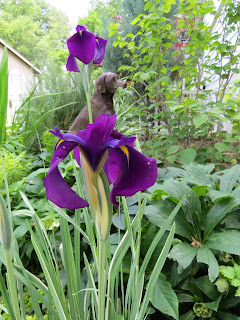 Luckily there were a few still blooming when we returned. 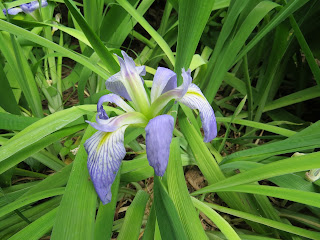 The iris below is a bit of a disappointment in that when I bought it I was under the impression that it would be pink. Ha... Not so. Just a blush of pin in the middle. I forgive it though because it is so pretty. 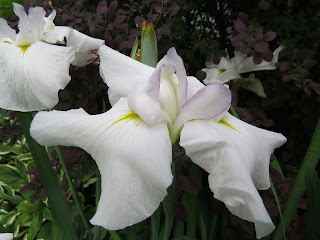 The mock orange has bloomed up a storm. Aaahhhh if I could only bottle that fragrance. 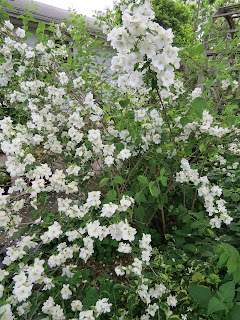 The bees are buzzing with delight at the monarda beginning to bloom. 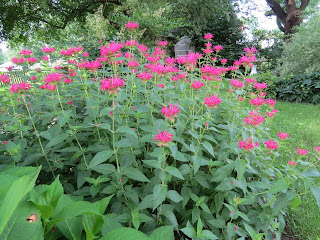 The hummingbirds love the crocosmia as much as I do. 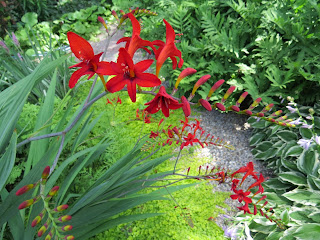 Daylilies are blooming up a storm now too. I don't have any of the newer fancy daylilies. 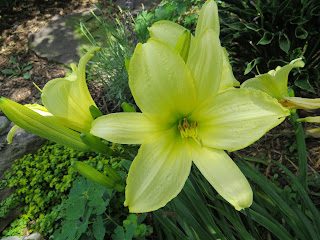 These old war horses brighten the garden.  They still make me smile. 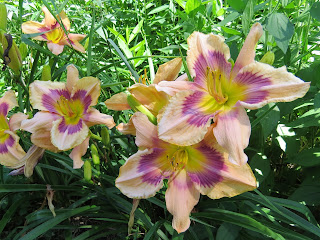 I have a lot to look forward to next month. The blackberries are loaded. MMmmmm. I can almost taste the jam. 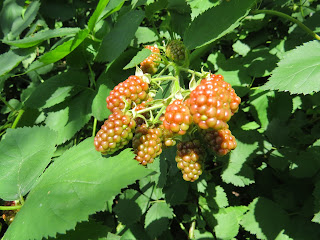 Oh yes, I almost forgot. When we returned from vacation we found that a Chipmunk has moved into our garden. I am not so sure what I think of that yet. 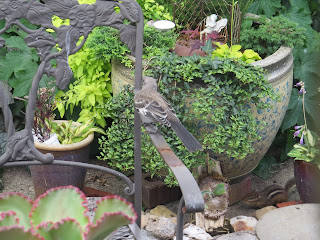 I don't think the birds like it at all. More on this cute little seed stealing, egg robbing critter later. 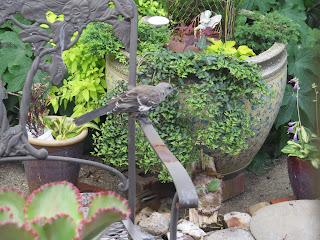 I hope your June was as delightful as mine. Happy gardening