It is amazing how time does fly. I really notice it in the garden. It seems that all the flowers that I just love are so ephemeral. They are here today and gone tomorrow. Of course it isn't all that fast acting but the flowers of May aren't the the stars of June. This month the Japeanese Irises are taking over where the larger bearded Irises left off. 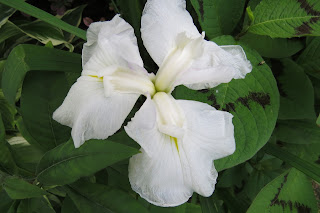 This iris was labled as a "pink" iris. All I can say is that someone had a great imagination. There is a tinge of pink on it but really, stating that it is pink is an exaggeration. 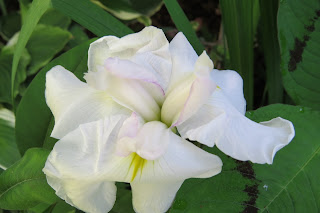 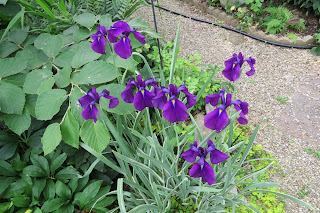 June is also the month of the lilies. The tall garden lilies 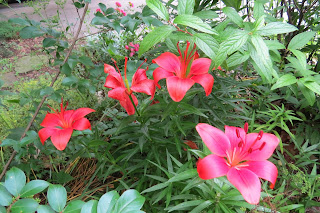 are beginning to bloom. 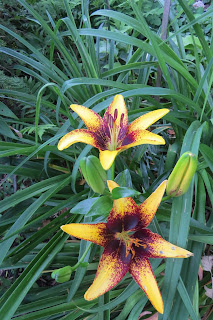 The tall lilies have had a difficult time this year what with rabbits being in the garden. My usually mild mannered dog has become a crazed bunny chasing, tall flower tromping trollop. She acts like she has never been in the garden before and doesn't know why there are paths. 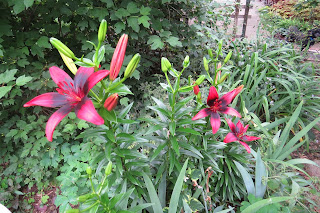 We go from the very tall to the extraordinarily short hostas. 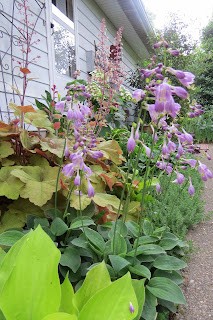 The little darlings are starting to bloom. 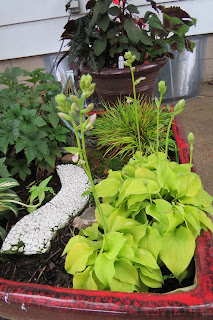 They bloom up a storm. 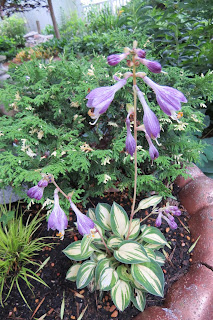 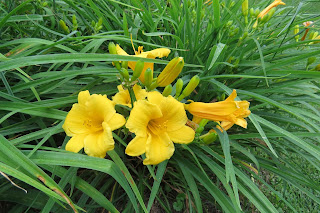 I always look forward to the blooming changes in the garden yet some are so short lived I hate to see them go.
Is there anything in your garden that doesn't bloom long enough to suit you?
at June 04, 2016